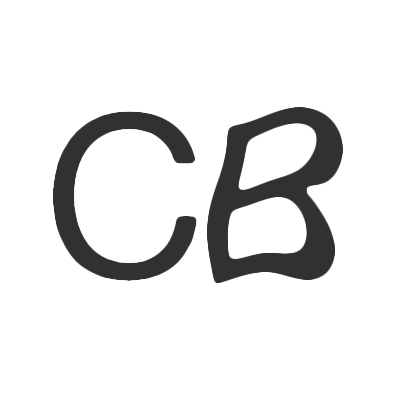 In Mark Fisher’s The Weird and the Eerie (TWE) he defines ‘the weird’ as a felt response to the connecting of things that shouldn’t be connected according to “standard perception, cognition and experience” (p.8). This felt response is contradictory; it simultaneously repulses and attracts us to the weird Thing, like – Fisher argues – the feeling you get when thinking about black holes. The way that black holes bend space-time lies outside of our everyday experiences of how space-time works, and so a universe with black holes in it connects two seemingly opposed perceptions of space-time. Fisher explores his concept of the weird through various cultural productions, including – amongst others – the music of The Fall (connecting popularity with modernism and working class irreverence with experimentalism (p.33)) and David Lynch’s films (connecting dream-worlds, waking-worlds, and film-worlds till the viewer is lost in a rabbit warren of alternate realities (p.28 + 54)). In contrast, Fisher’s concept of ‘the eerie’, relates more to feelings of creeping anxiety generated by misplacement; things present where they should be absent and absent where they should be present. The most potent experiences of the eerie are often triggered by a sense of absent agency; when we realise we are “caught up in the “patternings of non-human forces” (p.11). Alex Garland’s Devs is a supremely eerie – and very beautiful – mini-series, which flirts repeatedly with the idea that there’s no such thing as free will; a total absence of human agency.

However, a significant way in which Fisher explores the feeling of the weird and – possibly more importantly – where it blurs into the eerie* is through weird fiction, with one of his key examples being Tim Powers’ The Anubis Gates, which foregrounds the looping of time. Powers’ main character, Brendan Doyle, is transported back in time only to find that the poet, William Ashbless, who Doyle is an expert on in his ‘own time’, is in fact himself. When expecting to meet the poet at a moment in the past that Doyle knows Ashbless is meant to be present in, Ashbless fails to appear, at which point Doyle transcribes an Ashbless poem from memory to pass the time. Reflecting on Ashbless’ absence, Doyle realises that he has created Ashbless’ poem; the poem has no human author, entering the past from a future in which it already exists. The poem has authored itself and is imposing itself on history; Doyle merely channels it. This fact, which is incompatible with the rules of cause-and-effect in Doyle’s (and our) universe, generates a sense of the weird; the co-presence of incompatible models of causation. Poems don’t write themselves, but in Powers’ novel they do. Doyle is just the portal for Ashbless’ poems to enter history. Powers creates a weird universe where two seemingly contradictory truths exist: poems can be both written by people and can write themselves.

And yet there is an eerie flyaway question about free will here: is Doyle’s free will not totally overridden by Ashbless’ poems’ will to insert themselves into history? Further on in TWE Fisher explores the emergent eeriness of weird time-loops at greater length with regards to Alan Garner’s book Red Shift, in which landscape is a courier for time out-of-joint. As Garner’s characters engage the landscape, traumatic events and mythical (perhaps prophetic) narratives that have embedded themselves in the earth impose themselves on the novel’s characters, seemingly overriding their free will, and repeating themselves across history.

Dedicated, in part, as Concrete Bodach is to exploring the urban weird (or rather wyrd**), I have been trying, when on psychogeographic walks, to detect (and produce) the wyrd in different ways; engaging things adjacent-to or overlaid-on one another in the urban environment that, according to standard perception should not be adjacent or overlaid. In a previous post I talked about the wyrd sensation derived from suddenly realising a place you associate with a sense of freedom is, in fact, more profoundly associated with broader geographies of unfreedom. When I took a walk on Dunlop St recently, I was struck by another wyrd feeling, which arose from a sense of looping time, and that – as Fisher suggests it often does – began to give way to a sense of the eerie.

I had been walking around Argyle St and the Merchant City for a while and then turned down onto Dunlop St to sit and write some notes. After finishing some jottings, I started to look around, to see if I would notice anything that might spark a memory or alter how I was feeling. Resting my eyes on the WHSmith on the corner of Dunlop St and Argyle St, I began to scribble some mundane thoughts as I listened to a busker playing Dougie MacLean’s Caledonia.

“Don’t have any memories of this shop…[although] I would have used it, it being so close to Miller St…it does take me back to [my adolescence]…we started hanging out in the music aisle for ages reading the mags w/out paying for them…”

Continuing to scribble, I thought back to my childhood, remembering when WHSmith bought-out John Menzies and my sadness and annoyance when visiting Edinburgh, seeing the changed branding on Menzies massive Princes St branch. Sitting on Dunlop St, that Menzies branch appeared in my memory in the opening scene to Danny Boyle’s Trainspotting;Renton and Spud sprinting down Princes St, chased by two security guards. Ever since watching Trainspotting around the mid-2000s, I can’t really remember Menzies without thinking about that branch and that scene.

My scribbling was interrupted by a loud shout; “HAW!”. I looked up and someone bolted past me towards Osborne St, clutching a bulging TK Maxx bag-for-life; a bunch of coat hangers stuck out the top, clacking together noisily. The shouter, dressed in his JD Sports uniform – flanked by two other men, dressed identically – chased the bolter and gabbled into a walkie-talkie. The chase was short and soon the bolter was frogmarched past me, back towards Argyle St. I could still hear the busker I heard when I started scribbling. He had played a few songs since I sat down, but now he was playing Caledonia again. I asked him, “Why Caledonia?Why the repeats?” He said it was random, but his partner offers some clarity; “Whatever puts money in the box…”

Of course, at one level, the co-incidence of the Menzies Trainspotting scenebeing replayed in my mind and then immediately being transposed into the real world in front of me, is just that; a coincidence. But coincidences have a wyrd feeling don’t they? If life is so unplanned and unfolding always into the newness of the future, then why all the repeats and alignments? Why all the suggestions of meaning and patterns? When I moved to Exeter in 2012, I got a flat that was – unbeknownst to me – barely 100 metres away from where my grandad had lived at least 60 years prior. When I told my auntie, she started singing the X-Files music. Coincidences – like The Anubis Gates – excite a sense that the cause-and-effect universe we live in isn’t always governed simply by cause-and-effect, but by the pull of meaning. We feel the tension between the idea that we are part of bigger – but graspable – plans, resonances, or attractions, and the colder reality of straightforward cause-and-effect.

But to frame this story about Dunlop St as a wyrd coincidence is grating. The wyrd here centres the perceiver – myself – and makes the coincidence for my benefit; the city throwing me a ‘free hit’ at sensing the wyrd, giving me an interesting story to tell for the blog and my research, and throwing the bolter under the bus. The wyrd can only be a productive frame for this story if it is framed from outside – which Fisher argues the weird/wyrd and the eerie are particularly useful for – de-centring my perspective, and connecting two separate realities into one wyrd world:

On Dunlop St in Glasgow, there was a man who was paid to sit, think, and scribble. There was another man on the same street, at the same time, who was stealing for a living.

Framing the story from the outside puts the wyrd to use as a jarring critique of inequality, de-centring my personal sense of the wyrd in favour of a wider, wyrder frame and truncating any tendency to speculate on the moral scruples of the bolter. What sort of city is it in which there can be two such disparate socio-economic experiences? What has caused this disparity? Taking up another outside perspective – the mythical perspective of Trainspotting’s Renton and Spud, peering into Scotland 2021 from the Scotland of the late 1980s – the critique of inequality is intensified and eerie-fied. Why and how is time repeating itself? And how – in repeating – have its loops become more intensely unjust? Why can’t we break out of them?

Renton: Hah, look, Spud, nothing’s fucking changed. The fact the joint is full of Weegies is immaterial. Cunt’s like us are still chorin’ from Menzies and havin’ to nash from labdick-wannabes.

Spud: Aye, an’ look at this cunt pure just watching and writing aboot it likesay. He’s writing aboot us too man – look! What a mad trip likes. Kinda posh cunt though eh…

R: Well I guess we’re just perenially relevant Scottish fucking archetypes, my friend… At least the poor bastard with the hangers only has lads from the shop in tow, not like the massive radges that come after us. They are rapid mind…

R: Dunno mate. Still a newsies though eh. Must still be making money… Guess the Menzies lads must have found a better fucking scam…***

* See this excellent blog by Xenogothic on how the weird and the eerie form a looped continuum rather than existing as two separate kinds of affect. In this article, I look at how the weird blurs into the eerie, but often the eerie also blends back into the weird. I need to reference the Devs mini-series again here, which shifts from an eerie focus on a pre-determined future, to a weird consideration of the teeming possibilities of a multiverse.

** ‘Wyrd’ is the archaic form of ‘weird’ which can more specifically mean ‘fate’; a ‘closed’ model of time that punctures ‘open-ended’ models of history. The weird is explored extensively in relation to the urban in some excellent collected editions by Wyrd Harvest Press, which are another key inspiration for this site.

*** From the little bit of research I’ve done online, it seems that the building where Menzies used to be on Princes St is still actually owned by John Menzies Plc, it’s just that now – after selling their newsagents – the building has a WHSmith in the bottom and the top is Menzies HQ from which they operate one of the world’s largest logistics and distribution groups, an industry that has been framed by geographers like Charmaine Chua as one of the key infrastructures of present imperialisms.

P.S. I have to note that in addition to the eerie time loops of Scottish class conflict that broke-through on Dunlop St, the ghosts that haunt the Merchant City – mentioned in a previous post – also float here. As we see in this short video by Laura Cripps, Dunlop St is named after Colin Dunlop, an 18th Century Scottish owner of tobacco plantations in Virginia. How would an alliance of these twin spectres – 80s shoplifters and enslaved peoples – given the remit, change this part of the city and the forces that work upon it?